10 Lessons Learned as a Hurricane Evacuee 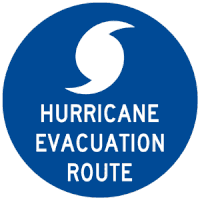 Last week, the US Virgin Islands and the State of Florida took a direct hit from Hurricane Irma. I have lived in South Florida for 29 years and have been through 5 major hurricanes, but this one seemed different. The news reports were saying South Florida (where I live) was going to experience winds up to 185 miles per hour. As we watched the news, my husband said he was going to secure the house and we were going to evacuate. I was relieved as this was going to be a huge storm and I was scared. Being disabled, I could not help with the preparations outside but did what I could do inside our home. Our goal was to leave early so we could stay ahead of the traffic as others (tens of thousands) decided they would do the same thing. We were on the road 4 days before the storm was to make landfall in the Florida Keys. In this weeks, Nurse Advocate, I wanted to share what I learned from this experience.

1. Plan ahead and heed the official warnings: The Atlantic hurricane season runs from June 1 to November 30 with the peak period from early August through the end of October. During this time, newspapers provide checklists that help people know how to prepare before any hurricane materializes. As we know, it is better to prepare before a hurricane is on the way. Once the word goes out, people begin to panic, rush to the stores to buy supplies and purchase gas for their cars and generators. Those who have experienced a major hurricane, realize the work that goes into preparing for a hurricane. Taking the time to get your house and supplies in order will help you avoid the rush and the panic.

8. Find Shelters where you can be safe. If you decide to stay and wait out the storm, find out where the shelters are, so if you need help, you can get it. I have an Aunt who lives on the west coast of Florida. She is in her mid-80s and very active. She said she was staying put in her home as she did not know where else to go. I urged her to find out where the shelter was and to secure a spot just in case. it was good she did, as the storm turned at the last minute and put her area into an evacuation zone. She and her son did go to a shelter and were safe as a result.
9. Looking at the Damage: As the storm moved forward we began to hear reports of how the Islands, the Keys and the South and West Coast of Florida fared as Hurricane Irma continued on its path northward. Damage was being shown and the impact of the damage started to come out. Our State was hit again and it would take time to recuperate. Other areas such as the US Virgin Islands were devastated and their future is unknown. Very sad.
10. Going Home is as Stressful as Leaving. Three days after the storm passed through South Florida, we started hearing from our neighbors that our house was ok and we had electricity so we decided to head home. As we started on our way, we realized all the people who evacuated would also be returning, so again, we had to be aware of our gas levels and worry about the routes we were taking as thousands of people would all be heading in the same direction to get home. Through Social Media and text messages from friends, we learned about a number of apps we could download to our cell phones that could alert us to traffic jams and alternate routes which proved helpful.
As we were anxious to get home, we decided to drive straight through from New Orleans to Fort Lauderdale. My husband is a trooper and likes to drive so he was able to meet the task. I am still not able to drive due to my disability so I was grateful he has the stamina and the fortitude to drive the entire way. We left New Orleans about 10 am and arrived at our home at 1:30 am. We stopped a few times along the way. We were grateful the traffic flowed without long stops and allowed us to make good time as we headed home.
It was dark when we pulled into our development so we could not see much. We got up early the next day and took a look around our home. We found lots of trees down, leaves all over, but thankfully no damage to the house. The storm did not drop a lot of rain, so there was no flooding as had occurred in Houston TX a few weeks before.
Overall our area fared well but other areas not as well….As most people reading this post know, the US Virgin Islands and the Florida Keys were hit really hard. We also learned the West Coast of Florida (Naples, Marco Island and areas up the coast) got the brunt of the storm. Further north, Orlando and Jacksonville were also impacted. Today, as I write this post, there are still thousands of people without power, running water and phone/cell service. Many are struggling and we are finding out how bad as horror stories hit the news of people who have died or suffered major health conditions due to lack of air conditioning as they still have no power.
Support services are doing the best they can, and families and friends are urged to check on the elderly and report problems to the police.  This Monday, our public radio station, WLRN will have a ‘post-mortem’ of the storm preparedness and take calls from the public and government officials so we all can learn from this experience and find ways to do better the next time.
As I mentioned, people we met along the way and in areas where we stayed were very nice and helpful. The Welcome Center in New Orleans was great and gave us good ideas on things we could do, places to eat and support that we would get through the storm.  People were generous with their time and advice. Also, we were overwhelmed by the support from our family and friends. We kept people updated via text messages and phone calls. Many of the phone companies said they will wave the fees for data usage which was helpful. Keeping the phone charged was a priority so we had a way to communicate. Many people who stayed during the hurricane found they were without their communication devices which caused and is still causing ng much anxiety.
As we adjust and come to know the damage caused by Hurricane Irma my husband and I are talking about what we need to do to better secure our home for the next hurricane. We know we will have to invest in some upgrades like permanent shutters or replace windows that are not hurricane ready. As we get older, it is unclear how much longer we can do the work it takes to prepare and secure our home as well as tackling the clean up after the storm passes. All options are on the table.
One thing most people agree on is, that with global warming, hurricanes and other natural events will become more intense and our areas are more at risk. Taking the time to prepare our homes, look at evacuation routes and have the necessary insurance will be important going forward.

PS. Let me know how you and your families fared during Hurricane Henry and Irma. Sharing stories help others learn. Leave a post or shoot me an email at [email protected]