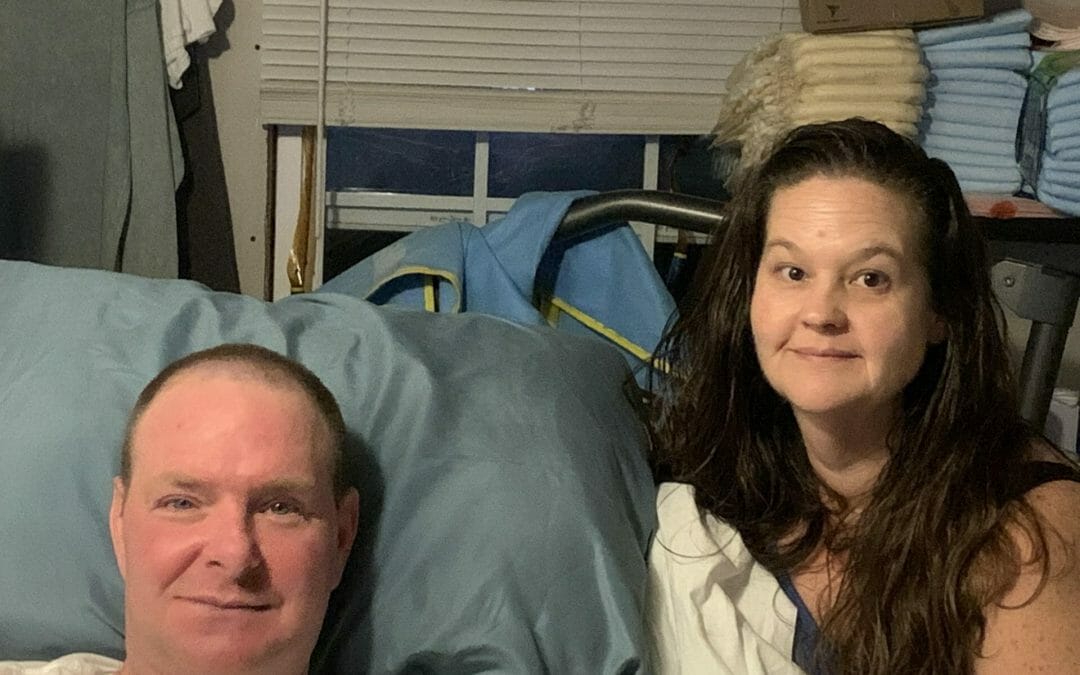 Caregivers are the unsung heroes of our healthcare system. This post shares a story shows that for those who are injured or have a chronic illness having a caregiver is critical!

Recently I have been working with a patient named Troy who sustained a spinal cord injury April 2020 while living in North Dakota. He returned to Florida in November, where his family lived, 8 months after the injury. He has overcome all odds and lived. Now he faces a new challenge adapting to life as a quadriplegic.

His family wanted him home so they could help him transition to his new life. Their wishes were granted but unfortunately, the hospital where he was housed for 8 months did little to prepare them for role they were taking on.

As a case manager, I am always amazed at the resilience of people who have sustained life changing injuries or illnesses. What I found as the key to this success, is receiving the care they need to meet their needs, access to resources that allows them to reach their full potential and a diverse support system that can help them move forward with their lives based on their goals.

A New Beginning: One day in November of 2020, Troy left the North Dakota hospital where he spent 8 months. He was put on a commercial flight to travel to Jacksonville Fl where he would be met by his family. He traveled alone on the flight that made a change planes in Dallas. The airlines assisted him from gate to gate in a transport wheelchair. He finally arrived after hours of air travel at the Jacksonville Airport where his family was waiting for him. They were given his belongings along with a bag of nuts and bolts and the pieces of his power wheelchair to put together. He came with no discharge plan, no training for the family, just a bag of nuts and bolts and a suitcase that contained clothes and other things he had in his hospital room.

I am sure everyone reading this post is shocked that a patient who suffered a severe spinal cord injury did not have the benefit of a formal rehab program. This is standard of care and a sad testimonial to our healthcare system that in 2021, a patient would go without a formal rehab program to help him and his family understand how to care for him.  I don’t know all the details that led to him missing this important component of his plan of care, but whatever the reasons – we must work to make sure this does not happen as no one benefits when people go without care – least of all the patient or their family.

Everyone Needs an Advocate to battle through the complex healthcare system: I became involved in May 2021 after I received a call from a patient advocate colleague who asked if I could help. I said yes and met Troy and his sister Samantha via phone. We talked about what he needed, and I explained what I could do to help him to get the resources that he had missed along the way. I took on this case pro-bono as I knew Troy and his sister had been through so much and needed help.

As a nurse case manager/nurse advocate I knew that a formal rehab program is a critical component for a person in Troy’s condition and set on the path of trying to get him into a spinal cord program. As I live in Fort Lauderdale area, and Troy is in Lake City FL, I tapped into my network of colleagues to find resources to meet his needs and find services in the area where he lived. Unfortunately, resources were scarce especially for a person with Florida Medicaid.

Each program I tried said he was not a candidate as he had a stage four decubitus ulcer. They said they might consider him once the wounds were healed. I then tried to get a home rehab program started but could not find a provider who would take on a Medicaid patient due to low reimbursement rates. My experience with Medicaid with other cases I worked is that Medicaid is a failing system that is barely meets the needs of the people who depend on it for their lives. WE MUST do better.

To find additional resources that would help keep Troy at home I looked at the Long-Term Care Medicaid Waiver program that I knew about from another patient I had worked with who was able to get resources to keep her out of the hospital/nursing home. I was able to connect Troy with Elder Options in his area who helped him start the application process for program. With perseverance, close follow up and building a relationship with the team at Elder Options, Troy was accepted into the program in what I am told was record time.

I also, connected Troy with the Miami Project Cure for Paralysis and the Brain and Spinal Cord Program in the State of FL. I knew these programs would be important to him in the long run, but the immediate need was getting Troy into a formal Spinal Cord Injury Program so that he could have a full assessment of his condition followed by a concrete plan of care to help him reach his full potential. Having a good assessment by the rehab team is critical to know the resources he needed to avoid complications from his condition. He is at high risk for so many problems that are avoidable with proper training and equipment.

Healing the decubitus ulcer was a major goal. His sister, Samantha in addition to the other duties she took on to assist Troy with his activities of daily living, provided wound care to clear up the ulcers. She researched programs and came up with a good plan. When he finally was seen in a wound care center, they had nothing to add and said that ‘whatever she was doing’ to keep it up as it was working well! .Samantha had learned from reading about wound care the importance of turning Troy, and making sure he ate foods that promote healing while keeping the wounds clean so they could heal. Overtime the wounds did heal and in early August, he was ‘healed out’ from the wound care program.

In mid-August, Troy had an appointment with the rehab physician which I attended by phone and was successful in advocating for a formal inpatient rehab program. He was accepted into the Spinal Cord Injury rehab program connected with Shands Hospital/University of Florida. He entered the program on September 16th!

Closing Thoughts: I am hopeful that Troy will have a good experience in the rehab program, and they can teach him and Samantha ways to exercise to prevent further injury and complications from the spinal cord injury. I also hope they can help Troy build on his abilities and allow him to live a full life. He has a strong spirit, a great sense of humor and determination that will take him far if he has the right training and resources to overcome the barriers he faces.

In the many conversations we had, I learned that Troy is a realist. He knows he has a serious injury that has changed his life as he knows it. Yet he is positive and has hopes and dreams that are important to him. He knows he has a long road ahead. He is willing to put in the work and do his part, he just needs the ‘healthcare system’ and all the caring professionals in place to do their part to provide the support and resources he needs to adjust to his new normal.

I would like to salute Troy’s family for standing by him, but especially his sister Samantha who is the true hero of this story. She has gone above and beyond for her brother.  She has powered through tremendous challenges with a positive attitude. Troy realizes how lucky he is to have her as his sister and now his caregiver!

Troy has many needs as he adapts to his new life. Some things will hopefully be covered under the Medicaid Long Term Care Waiver Program. If you have any suggestions on programs that Troy and his family can apply to get needed resource, please feel free to contact me at [email protected] He can uses all of our support!

NOTE: Permission to write this post was given by Troy and his sister Samantha.