Taking the Time to Reconnect, It May Be Your Last Chance 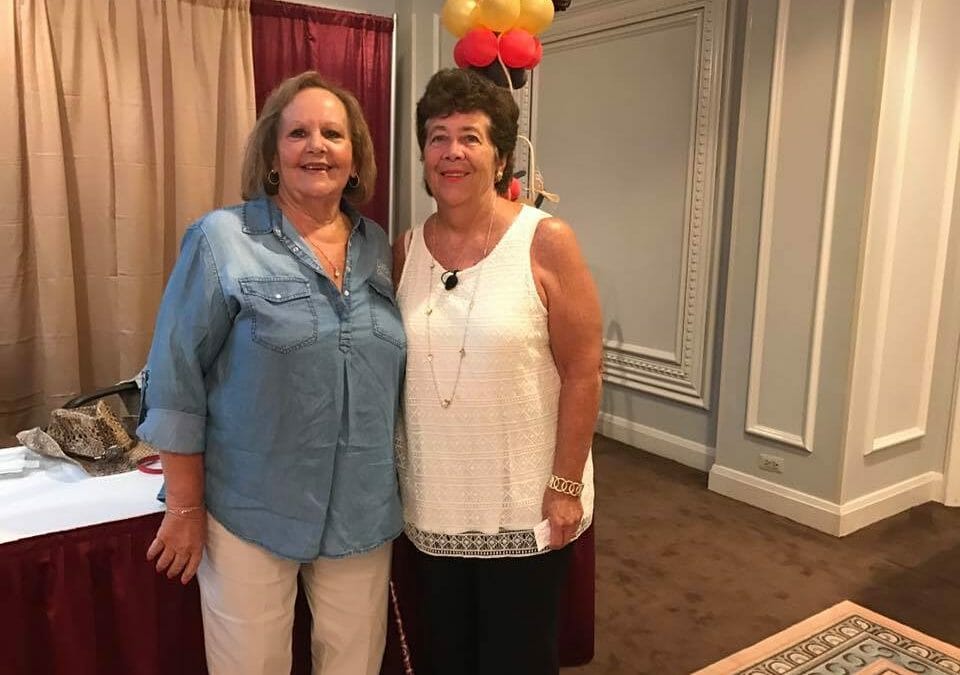 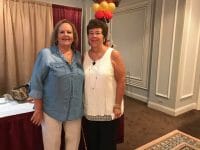 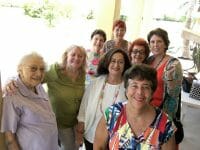 Over the past few months, I have lost three friends. Two to cancer and one to natural causes (she was 96 years young).  The two friends with cancer were diagnosed around the time I found out I had a brain tumor. Once you are diagnosed with cancer, it seems you are put into a select group of people who you share a common bond and it brings you closer because having cancer is not something you can understand till you have it.
In this post, I share a photo of a few friends and a little story about each.
Pat Genardo, upper left photo. Pat is to my left. Pat is a case management colleague. We have been friends for over 20 years but only saw each other at the Annual Case Management Society of America Conference. Pat was active in her local chapter and had been the chair of her chapter, CMSA of Chicago, annual conference for as long as I can remember.

In January of 2017, she messaged me via Facebook and asked me to call her. I did and we talked for a while. I knew she was not doing well after battling Ovarian Cancer for several years. When she got around to why she asked me to call her, she said she wanted me to be the Keynote speaker for their conference in late April. The theme was, Rounding Up Your Passion for Case Management and she thought I would be a good person to speak on this topic. I told Pat I would love to speak, but only if she promised me she would be at the conference. Pat, true to her word, was there and looked great! We got to spend some time together and catch up. The next day, her daughter put a post on Facebook that Pat was admitted to the hospital and was on Hospice. She passed a week later with her entire family with her.

The next photo to the right is a group of colleagues from my time with Contexo Media which was located in SLC. I decided to go to a conference in Salt Lake City, I thought it would be great if we could bring this group together for dinner.

The main reason that this was important to me is that I wanted to be able to spend some time with one person, in particular, Jerry Okabe who is on the far right. He had contacted me a few months before and told me he was diagnosed with Pancreatic Cancer. When my plans to go to SLC were finalized, I called a friend who contacted the entire group to see who could make the dinner. Everyone knew Jerry was not doing well and wanted to come together so we had a good turnout! We had a great time and got to share some fun memories. I got to sit next to Jerry so we could talk and have a few laughs. I learned from his daughter via Facebook, a few weeks later that Jerry passed quietly with his family with him.

The last photo is of a friend I met over 12 years ago through a volunteer group I belong, Quota International. I was contacted by one of the members that several people were driving up to West Palm Beach to take our friend, Miriam McIlvane (far left) to lunch to celebrate her 96th Birthday! I was glad I was able to attend. We had a great time and Miriam was so grateful that we all made the effort to celebrate with her. Miriam passed a few months later.
Each of these three friends were connected in various ways and touched based from time to time to catch up. With Pat and Jerry, our relationship changed once we found we had the common bond of cancer. As a result, we connected more often and took the time to share things that were personal and meaningful. We knew we each were facing a complex and scary fate causing our lives to take on a new meaning.
As I noted, Miriam was a friend through a volunteer group (Quota International) that I am involved. She was an inspiration to many of us especially as we all aged! I always looked forward to seeing her at our District Conference (she never missed one in 50 years!) What I remember most about her, was that she always had a smile on her face!
One thing I have learned since being diagnosed with cancer is, that you have to live every minute to its fullest as you don’t know when things will change and you won’t have the opportunity to do the things we all put-off.
Now I make a point of keeping in touch with people who are important to me. I try to send a note just to say hello! I take the time to make a call to someone who is on my mind and when I can, I try to visit in person.

I remember when my father was dying of lung cancer, many of our family members called our home to see how my dad was. I always encouraged them to come and visit while he was alive versus attending his funeral. Many did and although it was hard, they were grateful for having that last visit.

I was so happy to visit each of these friends and I know my visit meant a lot to them. We got to talk, share our thoughts, laugh at our memories and take a picture that would become a lasting memory.
So in closing, my message to everyone reading this post is to stop what you are doing. Send a note, make the call and plan a visit to a friend or family member who has been on your mind! You will be glad you did!