The Fear Factor is Never Far Away for Patients 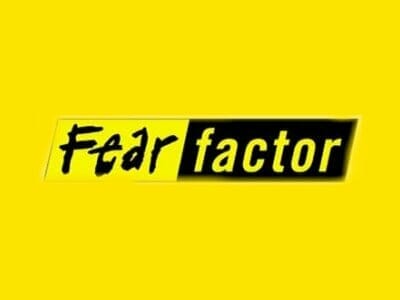 As a brain tumor survivor, I know I have a high chance of reoccurrence.  When I completed active treatment, I asked Dr. Lossos, my hematologist/oncologist, how long I would have to see him going forward. He said, “we are going to have a long relationship’. Well, that statement has proven to be true. Three years have passed since I was diagnosed with a central nervous lymphoma and was successfully treated with chemotherapy. As there is a high chance of reoccurrence, I have been getting MRI’s frequently in hopes of ‘catching’ something early. I have been told that this will continue for at least 5 years as that is when a reoccurrence will happen if it is going to happen.

I started out in June 2015 getting an MRI with and without contrast every 3 months followed by a checkup with the doctor. As scans were normal, the doctor moved me to 4 months and then 6 months. I was beginning to feel somewhat normal until September 26, 2017, when everything changed and the fear factor kicked in in full force.

Here is the story

On September 19th I went for my first, 6 month MRI, and then a week later went to the clinic for my follow-up appointment. As a patient, with a chronic disease who sees the same physician over a period of time, you get to know their patterns and the routine of the clinic. I had gotten used to Dr. Lossos routine at our clinic visits but I noticed a few things were different.

First, it seems my wait time in the clinic has gotten longer.  I usually don’t mind this, as I see the other people going in ahead of me and know how sick they are. So I read or stay busy with my phone.

On my September 26th appointment, we had an unusually long wait. Our appointment was at 2 pm. We got there early but did not get called in to see the doctor until 4 pm. As I entered the treatment area, I noted that the area was almost empty. We were put in a room to wait for the doctor. A few minutes later he came into the room. Usually, he would come in, say hello and sit down at the desk. He would get on the computer, look at my tests and then turn to me and ask me how I was doing.

This time, he closed the door and stood there and looked at me. He said, “how are you – any problems”? He did not take his eyes off of me and waited for me to answer.  He looked at my husband and asked him: “how is she”? Have you noticed anything different? We both said, no, nothing unusual, and we both looked at each other ‘a little worried’. Corky asked how the MRI was. Dr. Lossos said we are going to talk about the MRI. He went on to exam me as he usually did. Once done he sat down and looked at us and said there was a change in the MRI. He said he did not think it was anything because if there was a reoccurrence, it usually does not present the way the radiology reported. But he was concerned.

As an FYI, I had looked at the MRI report before the appointment, so I knew what he was worried about. I had been worried also, but I thought that maybe the radiologist over-read the scan since I felt ok. But now being in front of the doctor and hearing him say he was worried, raised my level of fear.

The radiologist who read the report had suggested a correlation with dedicated contrast-enhanced posterior fossa cross-sectional study and CSF analysis. Dr. Lossos said he did not think those studies were needed at this point, as I was not having any symptoms.

The doctor said his plan was for me to have my MRI moved up to 3 months and then he would see him on December 26th. If I had any changes or any problems, I was to call him right away and come in to see him. Otherwise, he would see me in 3 months. We all agreed and we left the clinic more nervous than when we arrived.

I was scared and I knew Corky was also scared. We had been through hell the first round. I was just getting on my feet and we were finding our way to our new normal. We did not want to go through having cancer again, so we both prayed and hoped.

The time seemed to drag, but then all of a sudden it was time for the MRI. I went to the Cancer Center where I had all of my MRIs up to this point. I have been lucky to have the same technician so I told him what was going on. He said he would make sure the Radiologist read the scan and compared the past two scans to be safe.

The MRI usually takes about an hour. I am used to the process since I have had about 10 or so MRIs done over the past three years. Once in the scanner, the technician asked me what music I wanted to listen to. I chose Christmas music! I was conscious of trying to lay perfectly still so the technician could get a good picture and prayed that we would not find that my tumor had come back.

I left the appointment with the tech giving me a hug and wishing me a Merry Christmas. He said he would say a prayer.  Now I just needed to wait one more week till my appointment with Dr. Lossos.

On the appointed day, we left early for the appointment as we were nervous to see the doctor. We made good time getting to Miami as traffic was light being it was the day after Christmas. We got to the clinic and the nurses were all in good spirits and took me in right away to do my vital signs. They discovered that I did not have the correct blood work, so I needed to get blood drawn before the doctor saw me. We went to the lab and had the blood work done. We just got back to the waiting room when we were called to see the doctor.

Dr. Lossos came in just as we were getting settled. He looked at me and said the MRI was fine. He knew we were worried and wanted to reassure us with the news. We were both relieved and thanked him for letting us know right away.

The experience made me think of the anxiety people go through when they have cancer and need to have follow-up scans. A friend of mine called it scanxiety!

As a nurse and a case manager, I usually check my patient portal before my appointment. This allows me to know what is going on and to have any questions that I needed to ask the doctor. During those 3 months, while I waited for my MRI and clinic appointment, I read and reread the scan in question. I also googled the terms in the summary so I understood the terminology in the report. I realized that if what the radiologist saw was really there, it would be serious. I knew that I felt ok and it was probably nothing, but that hint of doubt and fear was always there. I wished I had had someone to talk to who was familiar with the process, but I did not want to bother the doctor and did not know who else to call at the clinic.

In the end, I was ‘lucky’. No reoccurrence…thank God. But what if I had not been lucky and heard the words, your cancer is back. Words every cancer patient worries about. If you got it once, you can get it again, right?

This experience brought home to me again what it means to a patient. It is personal, scary and lonely. Not knowing who to call or ask a question is really hard.

When I look back on the experience I tried to see how my experience of waiting for those 3 months could have been better. Granted the doctor did try to reassure me and I appreciated his words, but I would have appreciated talking to someone during the waiting period.

I thought it would be a good idea to have a way for the doctor to flag my chart to let the oncology nurses know that I might have a reoccurrence. Knowing this, there could be a process in place that would prompt one of the oncology nurses who I knew to give me a call to see how I was doing and remind me to call her if I needed anything.

As with the initial diagnosis, being told you might have a reoccurrence is a shock. So you do not hear the instructions or process the information as you normally would. Having a follow-up call from someone familiar would be helpful.

Today there is a lot of work going on in the area of survivorship. I have not been part of a survivorship program as the program at Sylvester was started after I completed treatment, but maybe when a reoccurrence is being discussed, it would be a good time to introduce the program.

I am sure there are so many people who have abnormal scans and are in the waiting period to learn their fate that could use someone to talk who understands the process and help answer some of the questions that go through the person’s mind. This type of support is needed and would be welcomed.

In closing, I hope this post raises awareness with ‘those in charge’ of creating programs for cancer patients to realize that small things like communication, empathy, and support are what we hope to get from our healthcare team first and foremost. This is especially true when we are going through active treatment as well as the times we are waiting to hear if we have a reoccurrence or some other nerve-racking experience. These simple things go a long way in relieving anxiety, helping people to cope and to start to accept the things we cannot change.

Thanks for reading this post. As it is the first post of 2018 I wish you and your families a Happy and Healthy 2018!