You Can Always Pay Cash 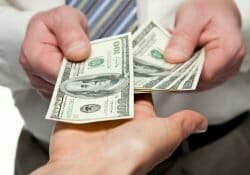 Recently, I went to a doctor’s appointment with a friend. She was seeing a pulmonologist for a lesion on her right lung. She had already had a mass removed from her right lung 2 years ago, so when this new lesion came up, she was scared and wanted someone with her when she saw the doctor.

After the doctor examined her, he said he wanted to get a spirometry test done to assess how well her lungs were functioning. Spirometry is a standard test done to diagnose asthma, chronic obstructive pulmonary disease (COPD), and other conditions that affect breathing. As a respiratory intense care nurse, I know that spirometry is an important tool for a pulmonologist, so I was not surprised that he wanted this test before we left the office.

The tech came in and said as soon as they got approval from the primary care provider she would be in to do the test. We waited for about an hour. Getting frustrated, I went out to ask the desk how much longer till they would do the test. I was told that the primary care provider had not called back with the authorization, so we had to wait. I asked how much does this test cost. She said $50.00. I said I would pay for it, as we did not want to wait any longer. I gave the receptionist my credit card, and the tech went in to administer the test. Once done, she showed the results to the doctor, and he came in, finished the visit, and we left the office.

This situation reminded me that the system is set up for the system and not for the patients who use it.  Sadly, a pulmonologist office did not have the foresight to ensure that every patient who came to their office had approval for a spirometry test before they come in. Spirometry is like a 4th vital sign for a pulmonologist so it would seem like common sense that the office staff would make sure that all referrals include a spirometry test as part of the referral. Having a patient wait was not an efficient use of time for the office staff who had a waiting room full of patients, the doctor who will get backed up as he could not finish the exam till this test was done or for the patient who had things she had to do.

As the patient had an HMO, the referral had to come from the primary care office, who then had to call the insurance company to get the go-ahead. I could see no urgency from the staff to obtain the referral, it was normal that we all just had to wait.

As we left, the office manager showed us how to use Zell so that my friend could transfer to me the $50.00 that I paid.  I explained to her I was not worried about getting my $50.00 back, but what I hoped is that the staff could learn from this event that it is important to have some pre-planning so that appoints were efficient.

At a time when the healthcare industry is moving toward value-based care and efforts are being put into place to improve customer service this office did not seem phased by this experience. If I received a survey for this visit, I would give this office an F. As I have often said, we can and must do better!