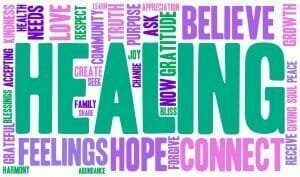 This week, I have been very aware of the importance of time on healing. We have all heard the term, Time Heals. We say it to people when they have a loss, and we tell ourselves when we are worried…give yourself this time. You will be amazed at how things WILL work out.

I learned on my journey, that time does heal – especially when we allow our bodies to heal by doing things that help our bodies to improve. Exercise, diet, practicing mindfulness, reducing stress, being alert to what our bodies are telling us and staying engaged with family, friends, and colleagues.

Today, I know I am healing. I am much better than I was last year at this time. That is because I have been following an exercise routine, keeping engaged professionally and personally and listening to my body for signs that could signal a problem. A friend of mine once told me that today, cancer is like other chronic diseases like diabetes, COPD, CHF. She reminded me that for those of us who have been diagnosed with cancer, we will experience complications. The key is to recognize them and seek help early so these issues can be looked into as catching problems early on is critical. Keeping these words in my head has helped me to keep an open mind and to try to stay on top of things that may arise.

This week, I had a doctor’s appointment with a Neurologist. I have waited a few months to see him and almost canceled the appointment at the last minute because I did not know what it would produce and thought that maybe it was a waste of time and money. It would cause my husband to take off work to drive to Miami and would possibly lead to more tests. What will this visit do for me? I went over it in my head several times. In the end, I decided to go, and my husband honored my wishes, took off from his job and drove me to Miami.

When we got to the Neurologist’s office, we registered and paid the co-pay. I was told there was one person in front of me, and I would be called soon. We sat down and just as we got settled, a young man in a white coat, called my name. I raised my hand, and he came over to explain he worked with the Neurologist and that he wanted to take me in the back to do a memory test. My husband and I both started to get up, but my husband was asked to wait, and he would call him when they were ready for him. This seemed strange to me as I always like to have Corky with me when I see a doctor, but as I am becoming surer of myself, I agreed and went with the young man.

Once in a room, he asked me a series of questions and once done, took me to another room where the Neurologist was waiting. He introduced himself and welcomed me to his office. He asked me a few questions as to why I was there, and I told him that I have had memory lapses. These were not new, but they seem to be getting worse.

Recognizing when something is NOT normal

In the past, I had discussed my memory issues with my hematologist/oncologists. He would listen and then tell me: well you did have a Brain Tumor, you did have harsh chemotherapy and was not 40.  His words said to me that as long as my tumor did not return everything was ok. But on my last visit in January, I had made a mistake and went to get my MRI on the wrong day. This really threw me as I had never done that before. I had reminders, and double check the date in my patient portal and on my calendar as this test is vital to check to see if the tumor has returned. Anyone who is or has been on active surveillance for any type of chronic medical condition, but especially cancer, knows how necessary these tests are and does not mix up the dates. So when I related this experience to my hematologist/oncologist, he took notice and suggested that I see a neurologist explore things.

The neurologist asked me a series of questions, and we talked casually about current events and what they meant to me. He then called my husband in and asked him a few things about me and how I was doing. Corky shared his thoughts on things he had observed. The doctor said he thought I was doing well in my recovery but said that he wanted to do an EEG exam to see if anything was going on in my brain that could cause the symptoms I was describing. He said that after chemo, there can be scar tissue in the brain that can impact the synapse of the brain and cause some of the symptoms I was describing.

He said there are a few medications that have been shown through research to help. I told the doctor that I really don’t like to take medication. He said very seriously “why would you not take a medication that could help you? Years ago, people died of urinary tract infections. Today we have antibiotics that allow for treatment with safe medication.”  He said that I should keep an open mind and take it one step at a time. He said he would talk to me after he received the results of the EEG and then decides on the next steps. I agreed and thanked him for his time. We then left the office and went to schedule the appointment for the EEG.

Not sure what the next steps are, but I feel like I am in good hands. Stay tuned!  I will keep you posted.

Positive thoughts and prayers are welcomed and appreciated.